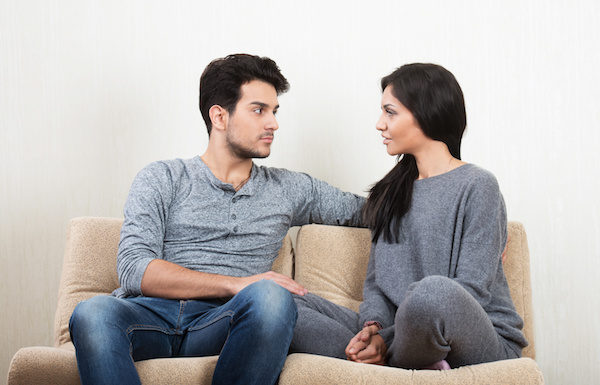 Let’s call them Kayla and Jeff. A couple of years ago, they were all set to get married. The date, July 18, 2015, was set. Not only that, the venue, dinner menu, wines, music play-list and decor elements were finalized, the bridesmaids had had their final fittings, hotel rooms had been booked for out-of-town guests and the bride-to-be had brought home her gorgeous dress: an elegant, modern Vera Wang gown with a sleek silhouette and an eye-catching low, V back.

A couple of weeks before their big day, Kayla met Jeff for dinner after work. They arrived at their favourite cafe at almost the same time, gave the waiter their orders and settled into their booth to chat about the day and last minute details. Somewhere along the path of their conversation, between the starters and the main courses, the subject matter veered into less familiar territory.

They were discussing “plus ones.” What if his cousin decided to bring a date? Or her sisters brought their babies to the festivities? There were two of them, six months apart in age. That’s when Kayla said, “Well, when we have kids …”

Jeff dropped his spoon. Believe it or not, he was shocked. Although they had been a couple for three years, he had always assumed Kayla understood he didn’t want more kids. He already had two, who were young adults and who Kayla adored. Why would she want kids when they would be free — diaper free and teenage-angst-free — to have a life that suited them? Free to travel, maybe buy a vacation home, entertain anytime and come and go as they pleased.

When Kayla saw the look on Jeff’s face, she was perplexed. He knew how much she adored kids, didn’t he? At extended-family gatherings, she often had a baby on her lap. He couldn’t possibly think she didn’t want a family of her own.

Or could he? In fact, kids were a deal-breaker for Jeff. He’d been there, done that and he wasn’t willing to go through it again — even for Kayla. Jeff was 46; Kayla was 34. The age difference had never seemed like much, until this moment. But suddenly, an unbreachable age gap cracked open and sent their plans spinning into oblivion. Within 48 hours they were both making phone calls, from separate locations.

The wedding was off.

Don’t let that kind of heartbreak happen to you. Have the difficult, even awkward conversations about the future before you make the life commitment.

What are your goals, together, for the next year? Five years? Ten years?

Do you want kids? How many? Are you willing to change diapers and do your share of childrearing?

How will your handle money, bills, debt and saving?

How will you manage family relations? Exes? Cultural or religious differences?

How do you feel about sex and intimacy? What are your priorities and expectations?

How will you handle conflict? You will argue and disagree. How will you deal with the fallout, so that you can compromise, repair any damage and get back on track?

Discuss it all — and more — now, before you book the caterer.