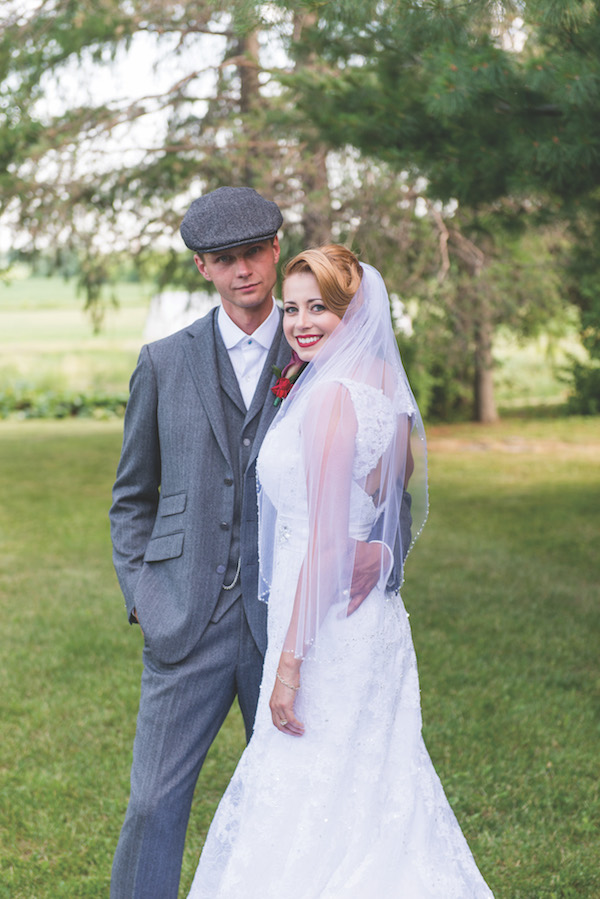 Irish Eyes for Each Other

Compiled by Ariel Vered and Photos by Stephanie Beach Photography

Ashley and Kurt met as teenagers at St. Mark’s Catholic High School. “We were too shy to date,” said Kurt. After graduating, they didn’t see each other for eight years, until July 2014 when Kurt was flying to Chicago for a bachelor party and Ashley was the flight attendant. Following their first date after reconnecting, Ashley called Kurt and said, “I’m not going to do what I did in high school and beat around the bush. I like you and I’m not going to let another eight years pass. Let’s put the cards on the table.”

Kurt proposed on a trip with Ashley’s family to the Dominican Republic in February 2015. After getting permission from her father the night before they left and asking her mother for permission on the trip, Kurt coaxed Ashley to go for a walk on the beach. She wasn’t thrilled because it had started raining. “We got to the gazebo and he starts talking and I knew instantly what he was doing,” she said. Kurt asked Ashley to marry him with the ring, which he had hidden in his sock on the right down. “She was speechless,” he said. “I cried so much,” she said.

Ashley walked down the aisle in a lace fit and flare Sophia Tolli wedding dress from All That Glitters Bridal. She knew she didn’t want a strapless dress, but was having a difficult time finding one she loved. Then she tried on the Sophia Tolli, which featured a high neckline and keyhole back and gave her the perfect hourglass shape. “I wanted elegant and conservative, but to still feel like a princess,” she said.

When it came to a venue, Strathmere had everything they were looking for. After originally wanting to get married in the fall, they went with June, a month of family anniversaries and birthdays. Their wedding date fell on the birthday of Ashley’s late stepfather, who had passed away the year before. “It meant so much to me because he was a father to me,” said Ashley.

Kurt’s heritage is part Irish, which helped to inspire the wedding theme of 1920s Irish working class. They were partly inspired by the costume design of the British show Peaky Blinders. Kurt wanted to feature red as a wedding colour because it was the colour of their high school. Ashley decided to use red as an accent colour and chose turquoise as the featured colour for the springtime wedding. In keeping with the 1920s theme, the bridesmaids were styled with pin curl updos and red lipstick, while the groomsmen had pocket watches and Irish caps. Kurt had also picked his family’s Irish clan tartan but forgot it at the house, so they had to improvise on site. The ceremony also incorporated the wedding custom of Irish hand tying.

The wedding cake featured four tiers, each tier a different flavour: lemon raspberry, chocolate strawberry, banana and vanilla, and [it was] covered in fondant and trimmed in turquoise and red, with a fondant flower bough rolling down the cake. “It was elegant and traditional,” said Ashley. “And delicious,” added Kurt.

Ashley’s makeup was by Shakara Designs. 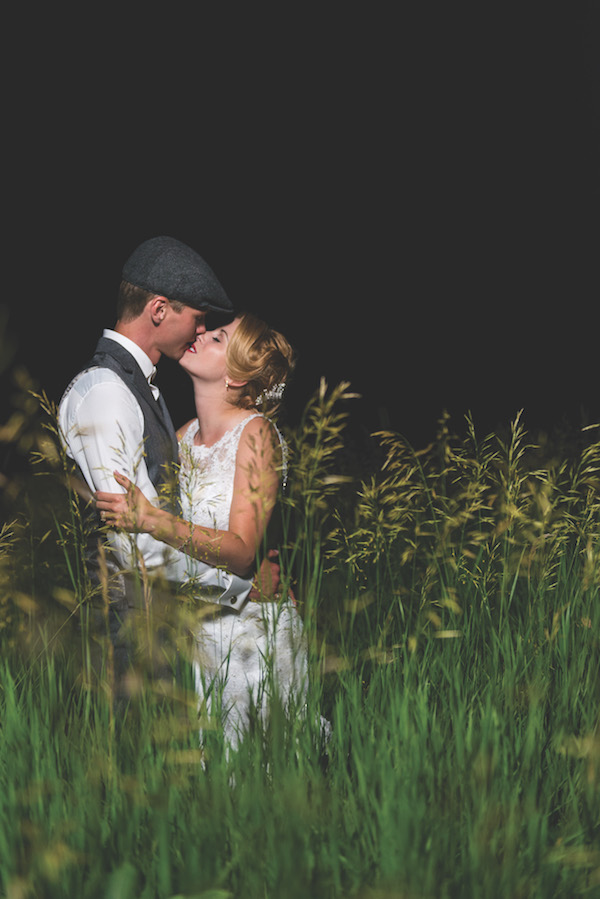