Compiled By Ariel Vered and Photos By Jemman Photography

Danika and Matt met in elementary school at the age of 12. Their families, both from Kanata, were close: they would go camping together and often travel for Danika’s and Matt’s sisters’ soccer tournaments. The couple dated on and off for 12 years, taking time apart during university. In 2014, when Danika’s mother was diagnosed with Stage 4 brain cancer, Matt found out from his sister and reached out to Danika. They started talking again and he became the support system she needed during the difficult time.

Matt had an elaborate plan to propose at a Brantley Gilbert concert. “But he had the ring and he couldn’t wait, so he actually proposed when he had the flu between running to the bathroom to throw up,” laughs Danika. That was in February 2016.

The couple, having spent so much time apart, wanted to get married quickly. They were eager to have a baby and wanted to be married first. “Why wait a year, why not just go for it?” Danika remembers. They planned a wedding in six months, but ended up getting pregnant before the wedding. Danika was in her first trimester when she walked down the aisle.

Danika found her wedding dress at The Handmade Bride. “I have a petite body frame,” she said. “I had tried on a few different dresses around Ottawa, but everything needed huge alterations.” Instead she decided to go to The Handmade Bride where she found a Maureen Patricia champagne lace dress that was exactly the flowy, boho dress she wanted. 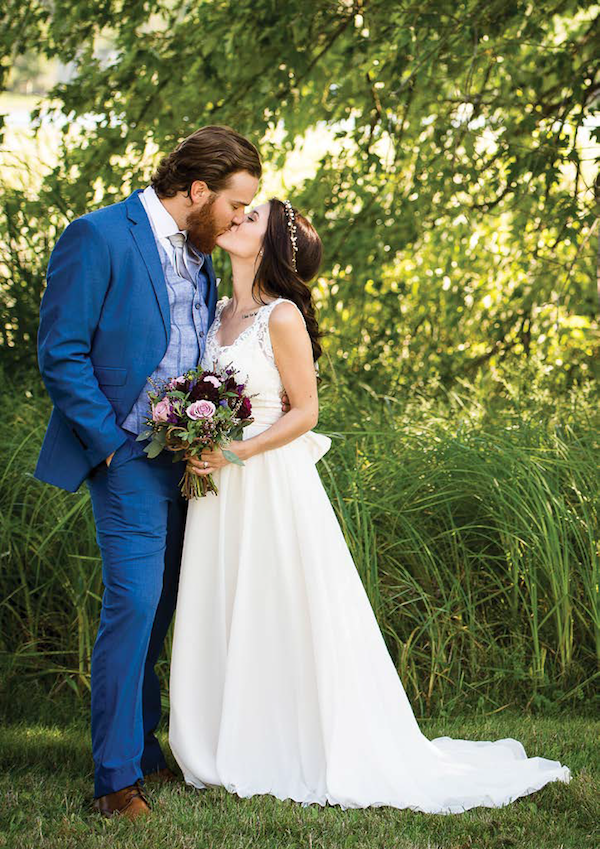 Since the wedding ceremony took place at 8 p.m., they didn’t serve a wedding meal or a wedding cake. Instead, they had hors d’oeuvres, vanilla buttercream cupcakes and a late-night poutine bar. The reception turned into a veritable dance party, going way past the 1 a.m. closing time. “We left because I was exhausted,” said Danika, “but they were there until 3:30 a.m. Our reception got a little wild. Our photographer got good shots of people dancing on tables and chairs.”