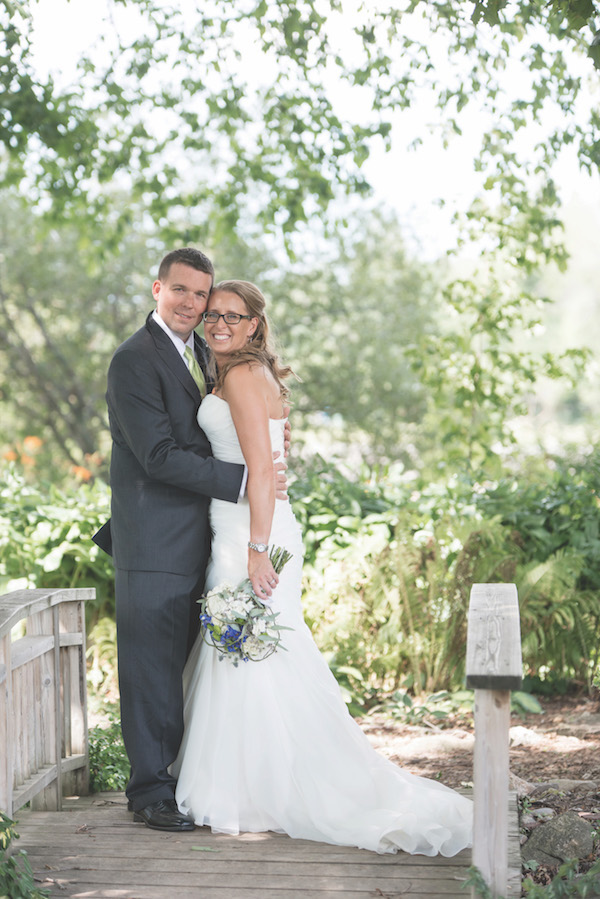 Compiled by Ariel Vered and Photos by Stacey Stewart

Kim met James on a dating website eight years ago. “I had five dates that week,” remembers Kim, “and he was the funniest. He wasn’t the most stylish, but he was the one that made me laugh.”

They hit it off instantly. After one year together, she met his kids and they moved in together, blending their different lifestyles: country for him (he grew up on a family farm in Chesterville) and city for her (she is from Ottawa).

James proposed in December 2015, hiding the ring in the Christmas tree. The problem: Kim couldn’t see it amongst the big Christmas lights. “I wear glasses, so things reflect,” she said. “He had to point it out!”

The couple wanted to get married right away. They chose to get married at Stanley’s Olde Maple Lane Farm, a one-stop shop that helped them plan all aspects of the wedding, including catering the food. “For someone like me that works full-time, they do basically everything for you,” she said. “It’s very handy.” The venue captured their style of wedding, which was casual, fun, camping, on the farm vibe. It was centrally located for guests coming from Ottawa and Chesterville, and having it on a farm was a nod to James’ farm upbringing.

Kim walked down the aisle in a Stella York dress with a sweetheart neckline. “I don’t wear a lot of fancy, dressy clothes,” she said. “I wanted something very simple.” She also wore her signature glasses for the wedding. “ There’s not a lot of representation of ladies with glasses,” she said. “I don’t see a lot of that in the magazine. Even to google online for ideas for hair, there was nothing.”

The couple included James’ kids in the wedding party as junior bridesmaid and groomsman. Kim wrote their wedding vows, which included jokes about Ford Motors, zombies and time management. “We laughed the entire time,” she said. The couple’s goofiness continued during their wedding pictures, which also featured James’ Boss 302 Mustang — “everybody knows that’s his second love,” said Kim.

Making sure their guests had fun was a priority for the couple. While they took wedding pictures, the guests played camp games and gathered around a bonfire. Later in the evening, they surprised their guests with fireworks. “We got everyone outside saying that we were going to do a group picture,” said Kim. “It was dark outside. I don’t know how they thought we were going to do it. But everyone really enjoyed the fireworks.”

The wedding was full of unconventional touches. In lieu of table numbers, they named the tables after places and things they love and tailored to who was seated at the table. The couple had a popcorn bar instead of a wedding cake. And as a departure from the standard tinging of glasses, there was a ‘kitty for the kitties.’ Guests were invited to deposit loonies and toonies into a cat-shaped piggy bank if they wanted the couple to kiss. They donated the money, which ended up being $150, to a cat shelter in Merrickville. It was a wedding that captured the couple’s fun, casual vibe. Kim and James danced their first dance as husband and wife to Metallica’s “Nothing Else Matters.” “If you listen to the words,” said Kim, “it meant more to us than any kind of frou-frou love song.” W 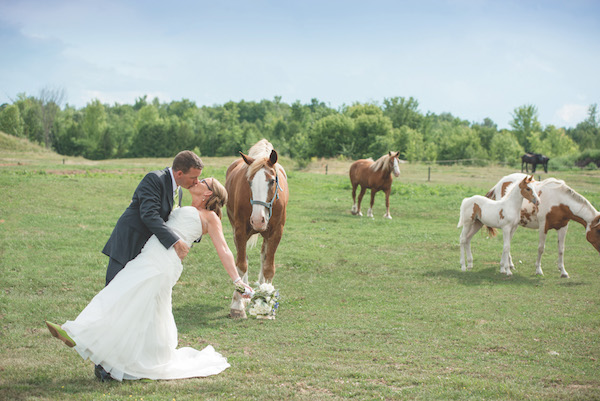