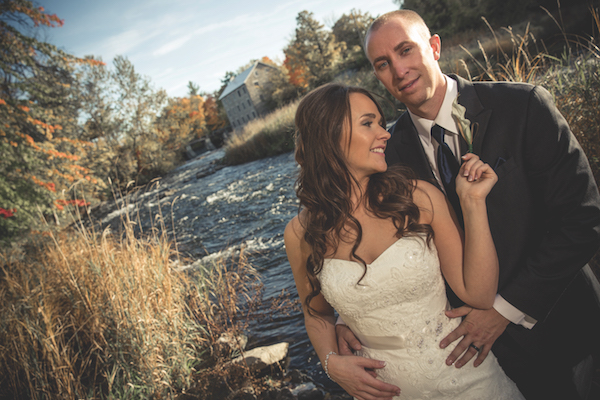 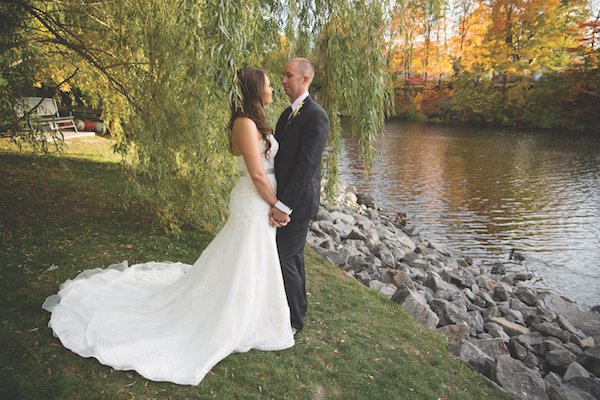 As I sat down with newlywed Stephanie Jeffrey, she told me in a sentence how her wedding day makes her feel.

“Sometimes while I’m driving I start thinking about it and I just smile.”

She did have a few obstacles to overcome that day, though.

The pair have known each other since Stephanie was nine and Alex was 10, their families knowing each other from the same community.

“At Christmas Eve, when I was younger, I sang as the angel coming down the aisle in the church. As his parents always say, ‘that’s the moment our whole family fell in love with you.’ So that’s another reason it was going to be a really big thing. But then it didn’t happen because I had no voice.”

“The night before, my aunt gave me a sleeping pill so that night I took half a sleeping pill and a Tylenol PM, because I hadn’t been sleeping at all, passed out, had a great sleep in my childhood bed. I felt so much better but my voice was gone.”

The bridesmaids arrived the morning of the wedding with Tim Hortons in tow. Then the photographer showed up, as well as the hair stylist from Hair by Jannie and makeup artist from Beauty by Tracey.

“I was loving life at that point. Everyone was there to be there for me and that’s the most important thing. You don’t realize how much people love you until they have to come to a wedding and spend a whole day looking at you.”

Stephanie would be wearing an A-line, form-fitting gown from White Satin. “I thought I wanted a princess cut, but it turns out I didn’t feel right in it. I went with so many people to the first boutique and I felt pressured by the store. They kept asking ‘so is this your dress?’”

“Then I went with one of my bridesmaids to White Satin and took one that was being sold off-the-rack. It was the first one I tried on and immediately I thought, ‘I love this.’ I tried on others and brought it down to three. I came back with my mom, tried it on, and she immediately started crying. She said, ‘that’s the one.’”

“When it was finally time to put on my wedding dress, my dad wasn’t supposed to see, so we did a reveal for my dad. There are so many pictures of me crying — I did a lot of ugly crying that day but I don’t regret it at all.”

But no first look for Alex. “I wanted to be very traditional.”

“When we were teenagers I was in love with this guy, you know, madly. I sat down in the church, Manotick United Church — the church we got married in — when I was 12 and I said to my friend beside me, “I’m going to marry him.”

They started dating in high school but Alex broke things off. “He said to me, ‘Stephanie, you are the kind of girl I want to marry. If I could be with you 10 years from now, I would. But this is just not the right time.’ So we stayed friends through high school and I was always pining after him. But after university he came back to me and said, ‘It’s always been you, I can’t be with anyone else.’”

And ten years after they first started dating, they were married.

“I thought I was keeping it together but as soon as I got in the church, it was just tears. There were so many emotions going on I couldn’t hold it in. And then walking into the church and seeing everyone you know and love staring and smiling at you — I can’t even describe that feeling.”

Although Stephanie couldn’t sing with her father, she managed to get through her parts of the ceremony. “I managed to squeak out my vows — they were long and drawn out, probably about a minute and a half each.”

After the ceremony, the two took photos around the city, including at the playground of the school where they first met.

The couple celebrated with their guests that night at the Ottawa Hunt and Golf Club. The cake from Artistic Cake Design was cut and they partied into the night. Stephanie, despite her lost voice, on such a high from the day, easily pushed through to the end. W 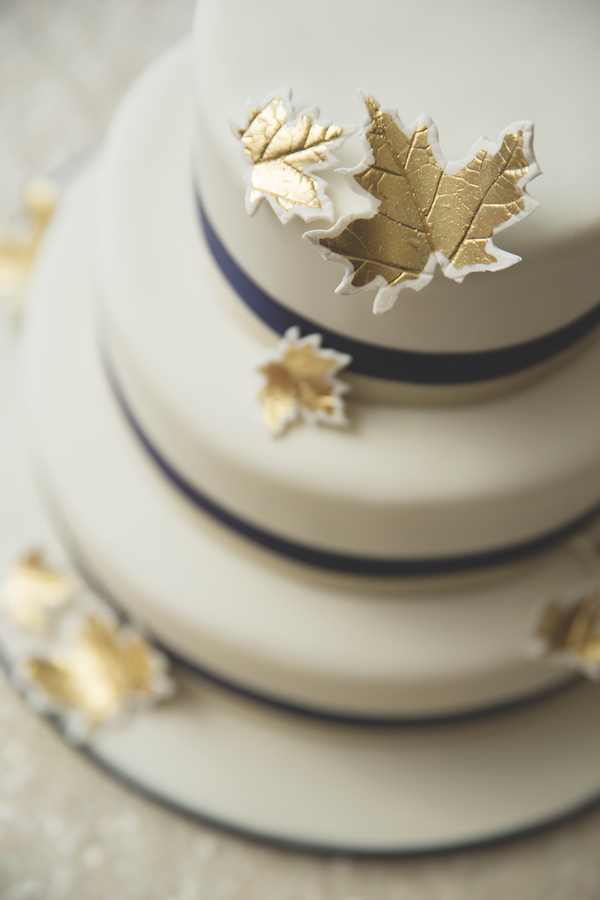