Want to give your Significant Other some TLC? Show her or him you care by cooking up some scrumptious, healthy treats this weekend.

The emphasis is on health and great taste in these two Nutrition Month recipes from Dietitians of Canada. 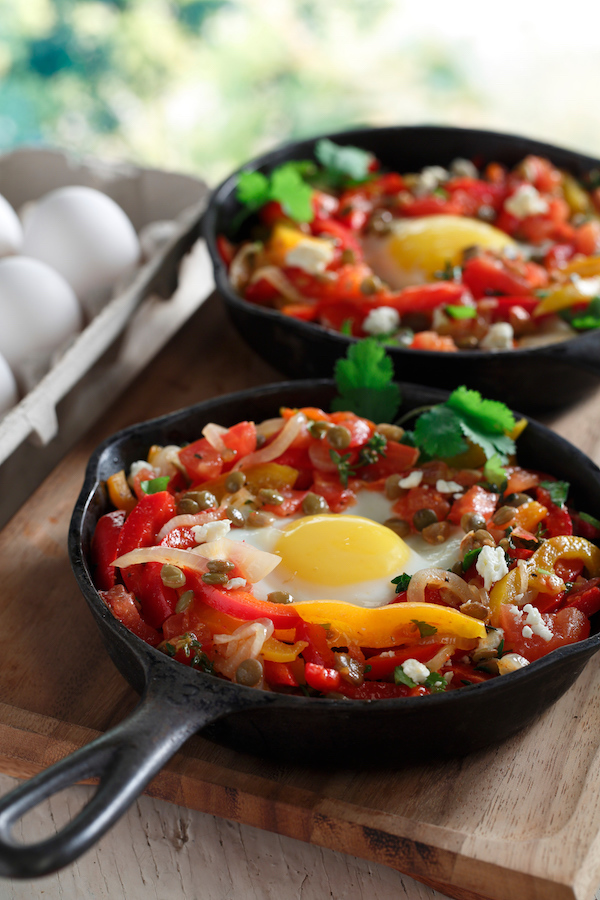 Continue in your ovenproof sauté pan, or divide lentil sauce into eight individual ovenproof skillets or ramekins. Make eight indentations in the sauce and crack an egg into each. Sprinkle with crumbled feta cheese. Bake for 15 minutes or until eggs are cooked to desired doneness. Garnish with chopped cilantro, and serve immediately. 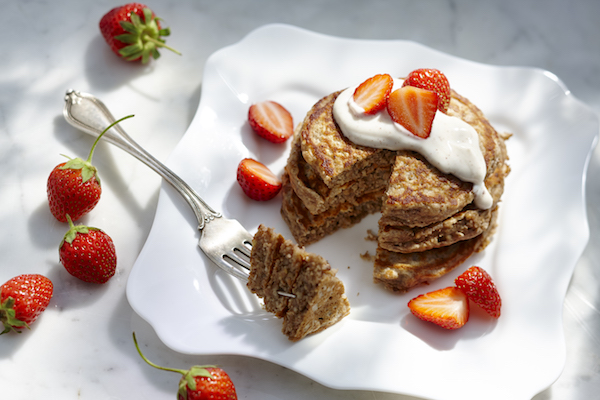 1/4 tsp each, baking soda and salt

Whisk egg, yogurt, 1 tbsp of the melted butter, syrup and vanilla into cereal mixture. Pour over flour mixture and stir just until combined. Set aside for about five minutes while preparing yogurt.

For the cinnamon yogurt, combine cinnamon, yogurt, syrup and vanilla. Set aside.

Heat a large non-stick skillet over medium heat. Brush with a thin layer of remaining butter. Ladle about 1/4 cup batter per pancake into skillet. Cook for one to two minutes or until bottoms are golden and edges look dry; flip over and cook for one to two minutes longer or until golden and puffed. Repeat with remaining batter, brushing skillet and adjusting heat as necessary between batches. Serve pancakes with cinnamon yogurt and fresh fruit.