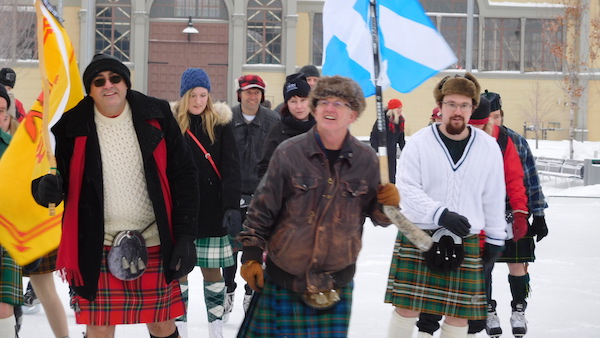 Looking for a fun date with your fiance? How about some birthday cake, skates and kilts? Yes, kilts! The third annual Sir John A’s Great Canadian Kilt Skate is taking place tomorrow, Saturday, January 28, on the Lansdowne Park Skating Court behind the Aberdeen Pavilion. At noon, kilted skaters are taking to the ice to honour Scottish heritage, and celebrate Canada’s 150th birthday as well as the 202nd birthday of Canada’s first prime minister, Sir John A. Macdonald.

You’re welcome to be part of the action. And the Scottish Society of Ottawa is offering birthday cake and hot chocolate to folks on hand from noon until 2 p.m.

The event had its origin as an annual birthday party in an Ottawa home near the Rideau Canal Skateway. In 2015, the Scottish Society of Ottawa (SSO) approached the organizer, Don Cummer, to turn his gathering into a citywide event to celebrate the 200th birthday of the architect of Confederation, Sir John A. Macdonald. Within weeks it morphed into an event held in five of Canada’s ten provinces. This year, Sir John A’s Great Canadian Kilt Skate is happening in seven cities. Events have already taken place in Montreal, Lloydminster and Toronto. Ottawa and Saskatoon are celebrating tomorrow, January 28, and there are events in Calgary and Winnipeg February 12.

“Sir John A’s Great Canadian Kilt Skate is indelibly Scottish and undeniably Canadian,” says Kevin MacLeod, chair of the SSO, the organization that coordinates the national event. “It speaks to the Scottish contribution to Canada’s multicultural heritage, and this winter, for Canada’s 150th birthday, it’s bigger than ever. The Scottish Society of Ottawa is delighted at how this Ottawa event is spreading in new cities across the country.

“No matter where you are, this event is open to everyone. It’s a chance to nurture your inner Scot,” says MacLeod. “You don’t have to be Scottish. You don’t even have to wear a kilt. Just come to the party with a spirit of Scottish fun and fortitude, and wear Canada’s favourite colour: tartan!” 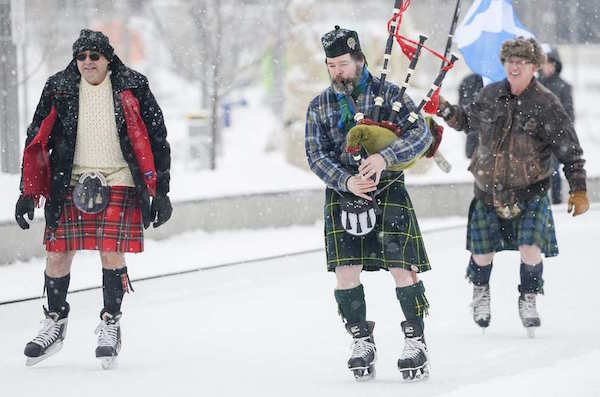