Ottawa is the home of many national museums and they are all spectacular locations as wedding venues. This year I had the good fortune to perform weddings at several of them. Here is a quick tour of each.

When you are looking at booking a wedding ceremony and reception at any of the national museums, there are a basic set of guidelines that are common to all of them:

Having said all that here are my top five spectacular museum weddings venues.

The Canadian Museum of Civilization (soon to be Museum of History) – The Grand Hall with the original totem poles is breathtaking. It is probably one of the largest spaces in Ottawa handling about 400 people. The Panorama Room across the way is a super alternative for a smaller wedding while giving a nice view of the Ottawa River. The museum also has two interior rooms that can be used. I really like using the Canada Hall which is set in scenic New France for a small cocktail style wedding. 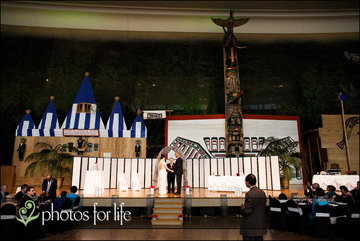 The Canadian Museum of Nature – The Canadian Museum of Nature is certainly a favored spot in Ottawa to host both the wedding ceremony and reception. How cool it is to have a wedding among the dinosaurs. If you are lucky you may feel that ghost that reported haunts the “castle” built in 1912 to look like a Scottish baronial dwelling. The most popular spot for the ceremony is the Queen’s Lantern room followed by a reception in the East Wing. There are two other space, the 4th floor and the rotunda that can accommodate weddings as well. 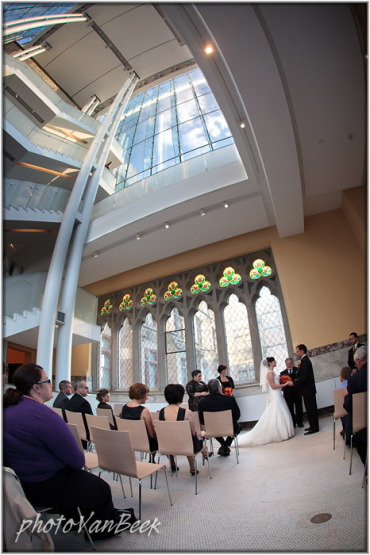 The National Gallery of Canada  – It is an architectural jewel of granite and glass. The Colonnade leads you majestically up its 84 m to the Great Hall, which is dramatic by day and stunning by night. With the Parliament Buildings, Ottawa River and Gatineau Hills offering a stunning visual backdrop, there is no need for additional décor. It is so large that it really feels like you are outdoors. The Gallery also has a sunken garden as an outdoor wedding ceremony location. 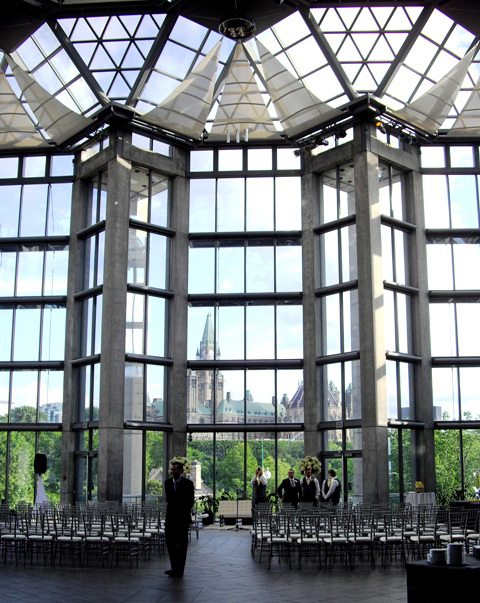 Canada Aviation and Space Museum  – As Canada’s premier aeronautical museum it is among the best in the world, offering you a prestigious setting for your wedding. Recognized as one of the most beautiful museums of its type, the delta-shaped building houses some of the world’s most priceless aviation treasures – like the Avro Arrow. Unlike the other museums, your reception is in the display area and your guests enjoy wandering through the whole museum. I’ve performed outdoor ceremonies there as well. A special one this year was the entrance by helicopter provided by the museum. 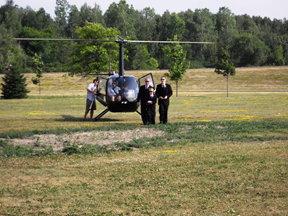 The Canadian War Museum – The War Museum is not a location that immediately pops into mind for a wedding. The museum presents Canada’s military past and how it shaped the country. However, the Museum’s dramatic architecture offers a unique location for your event. I do recommend the lighting package for the ceremony as it really adds to the setting. The reception in The Mess has a wonderful view of the Ottawa River and can hold 150 people. 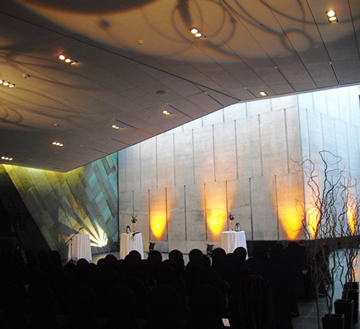