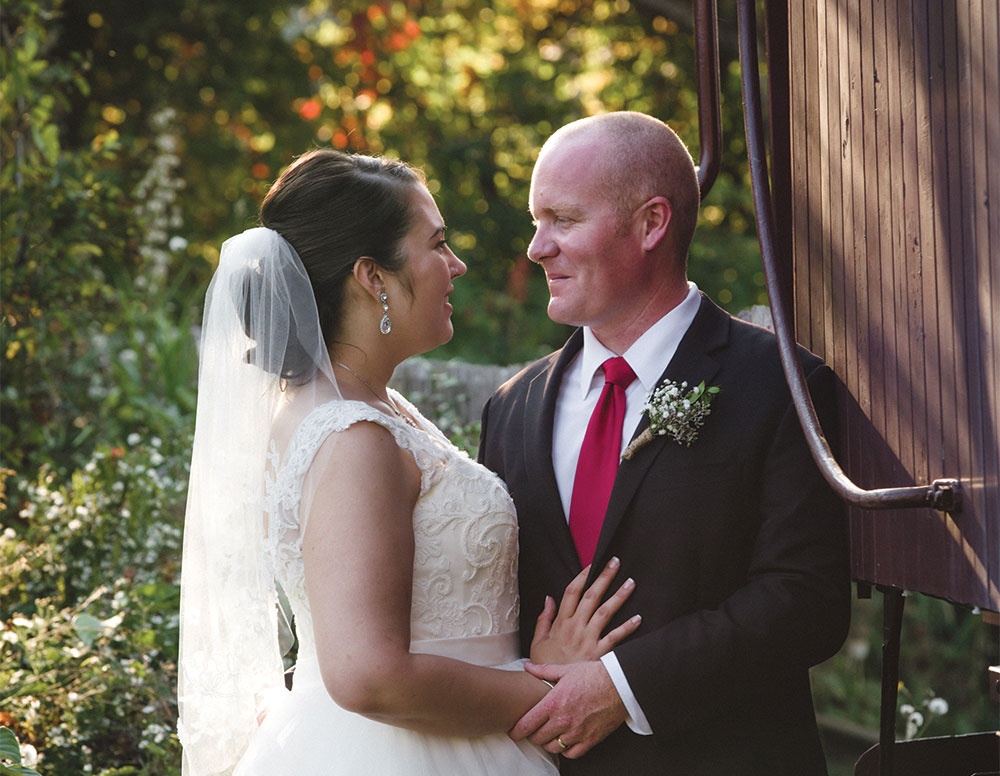 Compiled by Pam Dillon and Photo by Lisa Mounteer

When Rhiannon and Jordan got engaged in July of 2015, the proposal went awry. Jordan wanted to ask his love to marry him at a scenic park with a waterfall.

Although the thought was lovely, reality involved two hours of anxious walking, an annoyed girlfriend in uncomfortable shoes, and a flock of geese threatening to attack.

“Turns out we were at the wrong park,” Rhiannon says. She was not amused, but he persisted, stopping only long enough for her to change her shoes before proceeding to another picturesque spot to pop the question.

“I’m honestly surprised he still proposed that day,” Rhiannon admits. “Everything went wrong. But I wouldn’t change it for the world.”

Since they were living in Regina and their wedding was to take place in Ottawa, the planning took a year and a half.

“We were really fortunate to have our mothers coordinate everyone and everything,” the bride mentions.

And after the adventure of their engagement, the wedding itself was “perfect,” she adds.

“It really went as smoothly as a wedding could go. It was so much fun, and it was what a wedding should be: one beautiful celebration with our families and closest friends.”

Festivities, including an outdoor ceremony, took place at the Royal Canadian Legion Branch 632 in Orleans.

Family was a big factor in this wedding. For Rhiannon, a surprise guest made the day extra special since she didn’t expect relatives from eastern Canada to attend.

“My grandmother, who was unable to travel, felt someone from down home needed to be there and sent one of my aunts from Newfoundland to the wedding. My Aunt Nadine had never been on a plane, and was terrified of flying, but she came all the way to surprise me during the reception. I don’t think I’ve run so fast or cried so hard before in my life. It was an amazing moment, and something I’ll never forget.”

Family sentiment also influenced the selection of this bride’s gown. “I honestly didn’t care what dress I wore, as long as it could be worn with my husband’s late grandmother’s broach,” Rhiannon explains.

She found the ideal one — cap sleeved, soft lace and off white — at David’s Bridal and wore the cherished broach at her waist.

The wedding vibe was rustic country, incorporating daisies and the colour blue, and unique touches included a dog in formal attire, a truck holding cupcakes (Jordan is a truck driver) and a sand-castle cake with toppers made by the bride’s sister.

“When we first started going out,” Rhiannon explains, “my husband would always ask me if I wanted to build a sand-castle with him.” It was his way of saying he wanted to spend the rest of his life with her.

Another memorable aspect of the day was when Jordan’s friends “bride-napped” Rhiannon, and Jordan had to do the Macarena dance (he didn’t know how) while wearing a bunny mask, to get her back. But what happened before the bride slipped on her gown was also unforgettable.

“My father brought me my great grandmother’s rosary beads and asked me to carry them with me,” she says. So, she stitched them into her dress. “We attribute the rosary and the broach to the wedding going so well.” 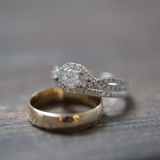 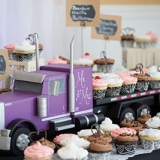 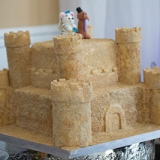 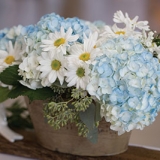 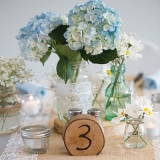 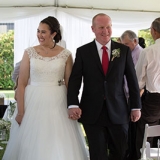 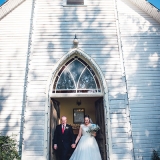 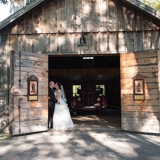 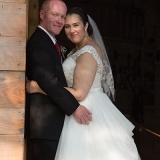 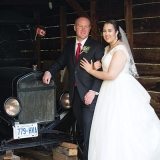 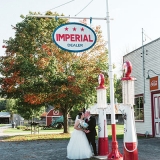 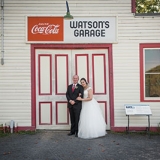 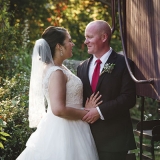 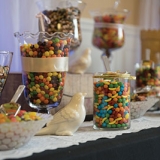