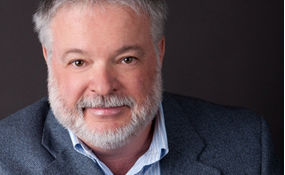 You see it in the tabloids all the time. Celebrities are signing pre-nuptial agreements before getting married. Should you have one?

Pre-nuptial agreements have been around for a long time. A pre-nuptial agreement is a contract between two people who are about to wed. It itemizes how assets will be distributed in the event of divorce or death. Pre-nups, as they are commonly called, have existed for thousands of years particularly in European and Far Eastern cultures. They were used by royal families who made provisions for protecting their wealth.

Recently, the Spectrum Group , a strategic consulting firm specializing in the affluent and retirement markets, conducted research on the use of pre-nups by Ultra High Net Worth Investors (UHNW). UHNW’s are those with investable assets of $5 million to $25 million, not including primary residence.

They found that more than two-thirds of UHNW Investors would recommend a prenuptial agreement to a couple getting married today. This is an increase of 18% from 2012. However, more than half perceive a significant disadvantage to prenups. Here’s an overview of their attitude toward prenups:

• Advantages: Ultra high Net Worth Investors perceive three key benefits from a prenuptial agreement. Pre-nups protect assets accumulated before the marriage. A majority indicated a prenup promotes an open discussion about finances and removes the incentive to “marry for money.” Most believe a prenup can make divorce proceedings go more smoothly and protects children from a previous marriage.

• Disadvantages: The majority of UHNW Investors (54 percent) feel that a prenup “introduces a negative feeling toward a marriage.” Others voiced that it may wrongly place the emphasis on money and not love or make it easier to get a divorce.

You don’t have to be a an UHNW Investor to need a premarital agreement. A person who has managed to save $30,000 or has a growing business venture may be more protective of their little nest egg than someone who has millions. But it is noteworthy that of the UHNW Investors who recommended have a pre-nup, only 4% actually had one for their own marriage. 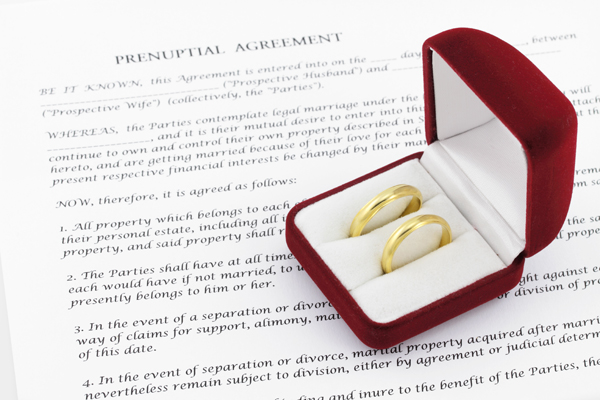 Since we border the provinces of Ontario and Quebec in the Ottawa Region, and I perform marriages in both, I want to highlight the differences between the two provinces. The Quebec Civil Code , sections 431-492, stipulates the matrimonial regime for marriages whereas Ontario is silent on the issue. Unless otherwise specified, many of the issues covered in a pre-nup are already in the Quebec Civil Code. For example, section 450, stipulates that private property is property owned or possessed by that spouse when the regime comes into effect which includes a spouse’s clothing and personal papers, wedding ring, decorations and diplomas.

When it comes to pre-nups there are two broad reasons why it may be a good idea to consider having one drawn up. Pre-nups can spell out the disposition of an accumulation of wealth and it also can protect children from a previous marriage. In either case, discussions around pre-nups are always sensitive and must be handled with appropriate legal advice.