The weather was perfect for a sleigh ride after the wedding ceremony. Light snow and mild temperatures made for a glorious celebratory ride. 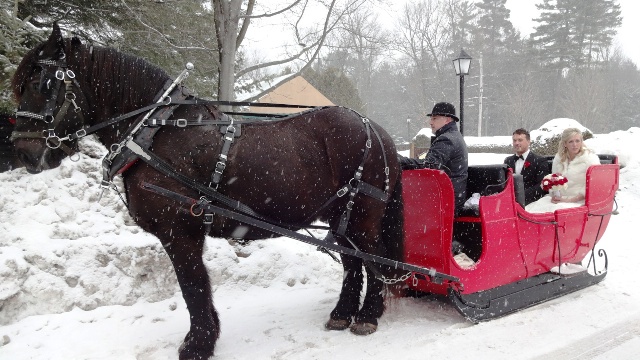 Ready for a sleigh ride. Photo by Alan Viau

The Fairmont Le Château Montebello hotel is one of eastern Canada‘s leading destinations. This exceptional Quebec resort is famous for its rustic yet luxurious accommodations. I perform weddings among the beautiful surroundings. The hotel is reknown for its year-round activities including horseback riding, championship golf, outdoor tennis, swimming, cross-country skiing, curling, dogsledding, tubing, Canada’s only Land Rover Experience Driving School, and its Spa. The newly completed highway 50 from Gatineau makes it easier and quicker to get there from the Ottawa area. 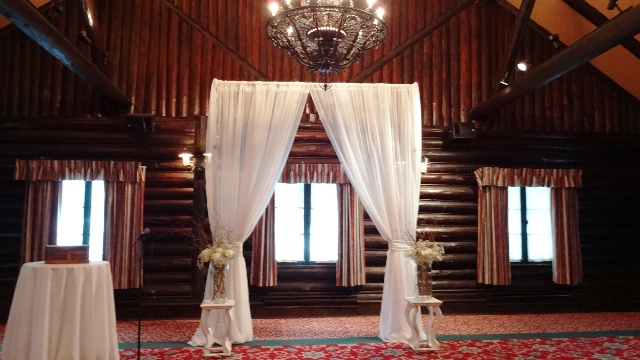 I married Ashley and Corey in the Heritage Room which had been decorated for the event. An aisle runner was lined by white rose petals and candles. Rose arrangements on pedestals were on either side of the drape to add a romantic look. 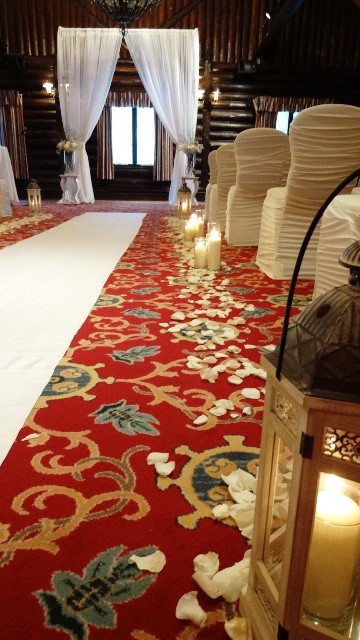 Ashley wore a gorgeous dress from McCaffrey Haute Couture. It fit her perfectly as she walked down the aisle with her father to the music from a live jazz trio. 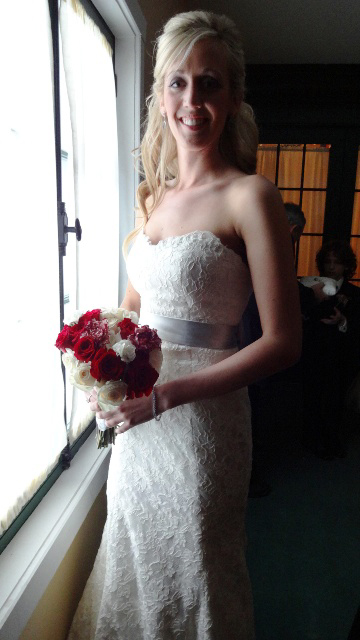 Ashley in her McCaffrey wedding dress. Photo by Alan Viau 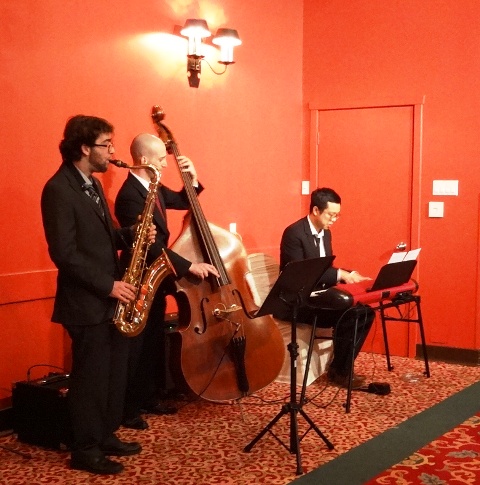 The wedding ceremony itself was highlighted with a handfasting and wine box rituals. They exchanged their own vows which I always find to be a very personal touch. It allows them to show their emotions for each other. Although the bride and groom include a letter to each other in the wine box, I add the vows that they’ve just said to each other. That way they can review them when the wine box is opened. 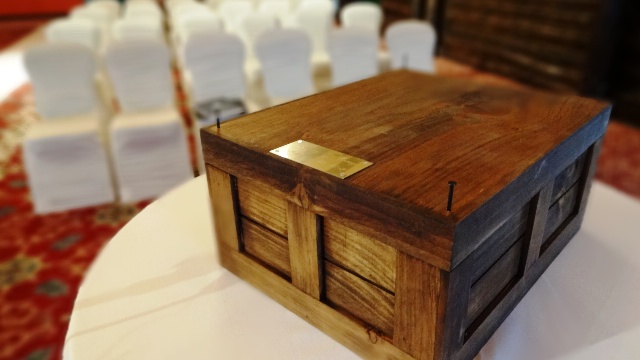 Wine Box used in the ceremony. Photo by Alan Viau

Finally with a cheerful declaration of marriage, Ashley and Corey mounted a sleigh for a ride around the resort before their reception. Congratualtions and watch out for the dogsleds! 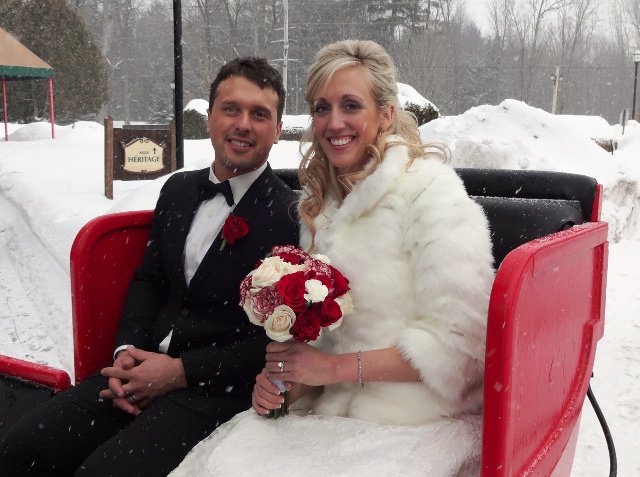 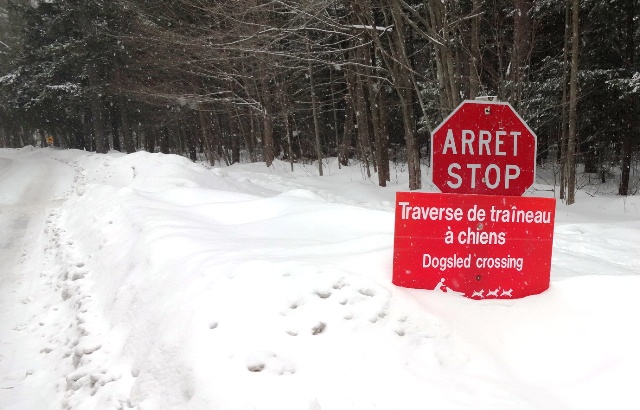