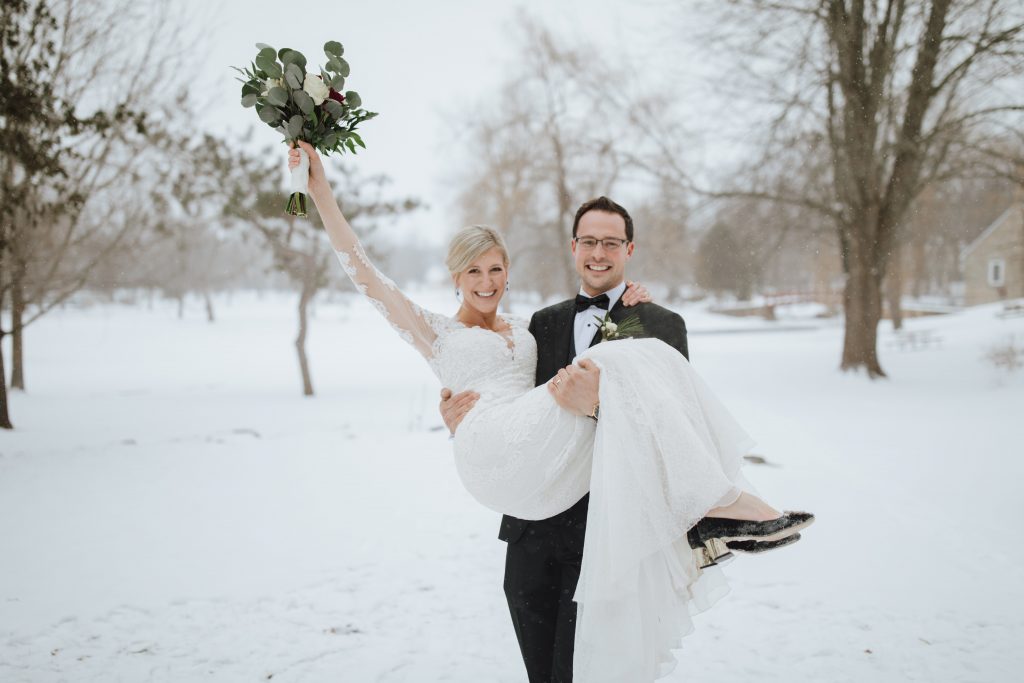 Compiled by Pam Dillon and Photos by Agatha Rowland Photography

Lindsay and Rudi met in grade-nine science class and a few years later, when they both attended the University of Ottawa, friendship morphed into a relationship. They had their first date in downtown Kingston, and that’s where Rudi proposed on March 9, in 2018.

“We knew early on that we wanted a winter wedding,” Lindsay says. For one thing, Rudi owns a landscaping company, so summer weekends are always busy; for another, they had seven weddings to attend between May and November of 2018. “We thought it would be nice to do something different.” They had a clear idea in mind: “We wanted a romantic, elegant and timeless wedding. We envisioned candlelight, falling snow and being surrounded by everyone we love most.” They made it happen with grace and style.

The venue Lindsay and Rudi chose was Code’s Mill on the Park in Perth, and the date they booked was January 19, 2019. Overlooking Stewart Park, the venue features limestone walls and timber-framed ceilings, but its striking three-storey atrium particularly appealed to this couple. Their colour scheme was white, black, gold and greenery, but little embellishment was needed to enhance the gorgeous setting. Instead, lighting played up its features. Lindsay showed her father-in-law pictures on Pinterest and he turned them into reality. “He made what I like to call ‘twinkle trees,’ which were spread around the room. He also cut logs and shaved them to have placed in front of the head table with mason jars and tea lights.”

Lindsay found her dress, by Pronovias, at Bridal Creations in Kingston. She chose the White One collection’s Fauna design, an elegant mermaid style with long sleeves and a V-neck. Accessories included blue earrings and black suede Karl Lagerfeld pumps with pearl beading and a gold heel. Her bridesmaids wore long black gowns and she gifted them faux fur stoles found on ETSY. “This also helped the girls stay a tiny bit warmer while doing outdoor photos.”

They were a smart choice, because Lindsay describes the day as “freezing.” In her words, “Choosing a January date, I knew it would be cold, but never would I expect it to be the coldest day of the year.” It was minus 33C. Following the ceremony at St. John the Baptist Catholic Church, though, the deep freeze did not put a damper on festivities. “Our photographers and bridal party deserve major credit,” the bride says, “as they were all champions during our outdoor photo shoot. My favourite thing is looking at the photos and seeing some of the pain in their eyes, but the biggest smiles on their faces. It truly was a magical day and I think the cold temperatures added to the memory of the day.”

Things definitely heated up on the dance floor, thanks to One Night Stand. The seven-member band “absolutely made our day,” Lindsay says, “and had the dance floor packed all night.” This wedding celebration wasn’t just a day, however. It was a weekend event. “Our guests were all from out of town and many stayed Friday and Saturday night at the Best Western Parkside Inn and Spa [across the street from Code’s Mill]. It was more like a family reunion, and us getting married was extra.”

There are many warm feelings about this wedding and Lindsay commends photographers Agatha and Liam for capturing them beautifully. “My most vivid memory from the day was when my dad walked in and saw me for the first time in my wedding dress.” Thankfully that moment is indelible. 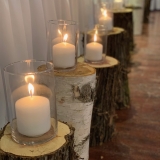 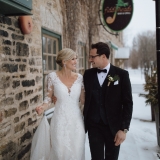 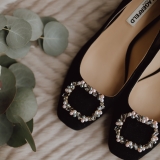 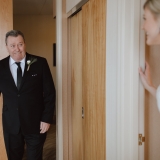 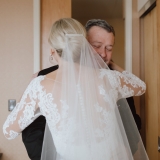 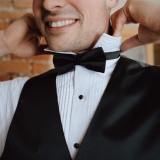 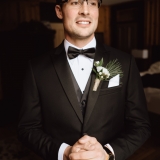 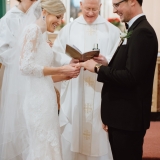 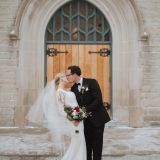 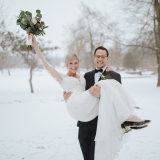 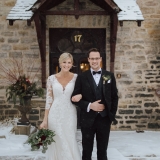 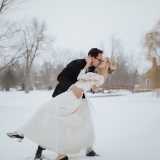 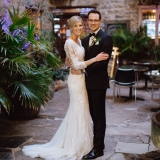 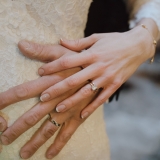 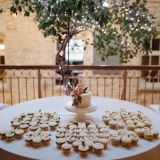 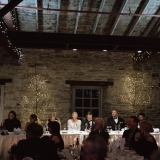 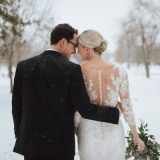 Wedding of the Year