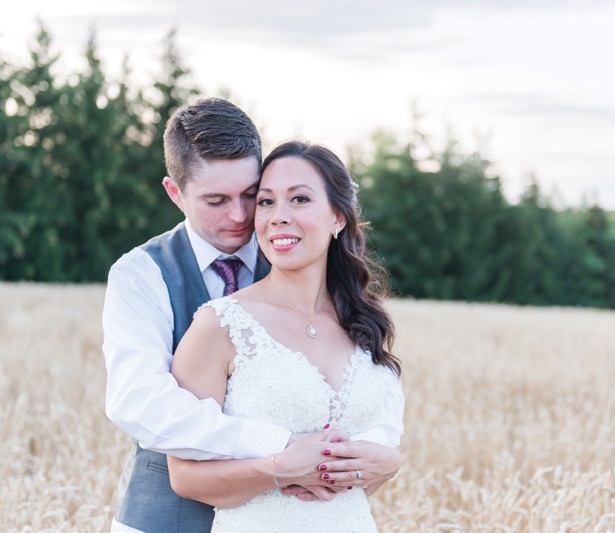 Ellen and Graham met in 2013 while playing in a recreational dodgeball league, and on a trip to Ireland in March 2016, he proposed. They were at the Ring of Kerry, on a scenic cliff overlooking the ocean, when she said “yes.”

About 16 months later, they were holding hands, looking into each other’s eyes and exchanging vows. “I couldn’t stop smiling and Graham’s hands were shaking,” Ellen says. Those pledges, made in front of loved ones and friends at Evermore in Mississippi Mills, were among many highlights of a lovely and meaningful wedding day August 26, 2017. Sentimental touches and memorable moments combined to make this dreamy, romantic barn wedding truly enjoyable.

Everything from the venue and the music to the boutonnières and bridesmaids’ dresses had personal significance for this bridal couple. For instance, the bride’s attendants wore gowns in a raspberry hue to honour her late Grandpa Joe. “One of my favourite memories of him was raspberry picking, [and] making raspberry jam and pie,” Ellen says. The bridesmaids carried wedding wreaths and those, too, were symbolic. Ellen made them herself and says, “I liked the idea of a circular wreath” to represent unity and the circles of life. That’s why circular wreaths were also hanging behind the couple during their outdoor ceremony.

The bride first glimpsed her dress on Pinterest, and then tried it on at Dominique Levesque Bridal on Carling Avenue. Not only did the boutique carry the sleeveless, fit-and-flare style she wanted, there was a sale featuring the designer, Sophia Tolli. “When I got to the store, they had only one of that dress-design and it was in my exact size,” she says. “I knew it was mine.”

Ellen also wore diamond earrings that had belonged to Graham’s grandmother, an opal necklace that her mother brought from her native Burma, and a custom gold bracelet designed by Lisa K. Simmons.

Kara-Lynn Garland from Studio Heads did the bridal party’s hair for the day and Bella Luk was the makeup artist.

The groom also made a style statement. Graham chose a skull ring for his wedding band, to represent his love of music and his English roots. What’s more, he and his groomsmen wore kilt pins in honour of their Scottish heritage.

The setting called for little embellishment. Once the home of Dr. James Naismith, the creator of basketball, Evermore, is nestled on 45 acres near Almonte. Its restored historic barn features lofty expanses and twinkling chandeliers. “We didn’t add much to the decor as the venue is gorgeous and speaks for itself.”

Michael O’Callaghan from All Season’s Weddings was the officiant for the ceremony, and Len Joachim was the DJ and MC. “He kept the party going and played every single song Graham re-quested for cocktail hour and dinner,” Ellen notes. As for the food, catered by Salt, she says, “It was incredible. Even my picky Italian Grandma who used to cater weddings approved of the food.”

While the first look photo and the dances with parents were other high points in the day, there was drama too. The bride’s father’s speech was cut short when her uncle passed out and an ambulance was called. Fortunately, uncle Tony was fine. “It’s funny to think back and laugh at the incident.” 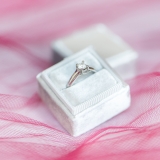 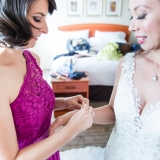 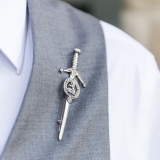 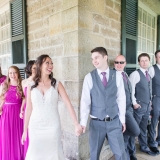 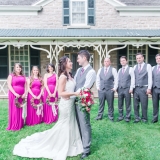