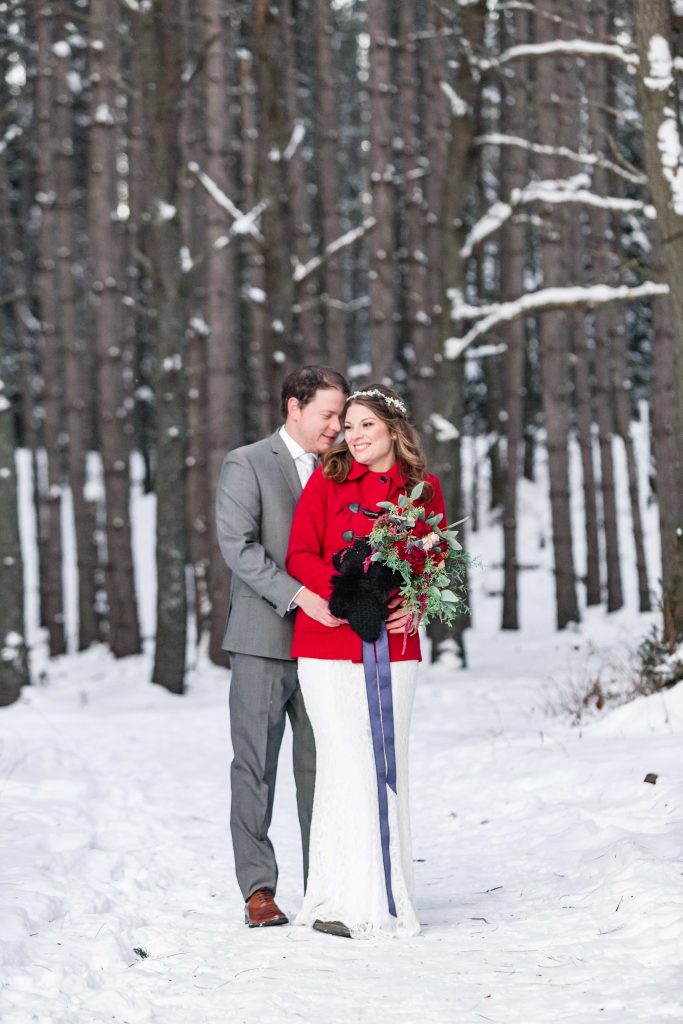 Compiled by Pam Dillon and Photos by Phillipa Maitland Photography

In September of 2017, Tristyn and Jason went on a hike. They were in scenic Gananoque at the time, and along their route they paused to enjoy the view at a lookout. That’s when Jason asked Tristyn to be his bride. From that juncture, the couple that first met in 2016 wasted no time in reaching their romantic endpoint. Before the new year, they would be husband and wife.

“It took us three months to quickly and secretly plan our wedding,” Tristyn says. Nobody else knew, and that meant there were none of the typical demands and dynamics that are part and parcel of traditional wedding planning.

“We didn’t even tell anyone we were engaged. Everything was a secret.” In fact, it wasn’t until New Year’s Eve, after they returned from their out-of-town wedding, that they told their families and friends they were married and had been engaged for a few months.

“We didn’t want to get lost in the details and stress with a big production. We wanted our wedding to be simple and about us.”

It was. On December 28th, 2017, they were married at Le Grand Lodge, an enchanting Scandinavian-style resort on the shores of Lac Ouimet at Mont Tremblant. Tristyn describes Tremblant at Christmastime as, “a winter wonderland. It is so magical, and it felt even more magical being there to celebrate such a special moment together.”

The bride’s approach to finding her dress was also relaxed and unfussy. As she describes it, “When I walked into David’s Bridal, I recall saying ‘I need a dress, but I don’t care if I look like a bride.’ I was going for something very simple. I didn’t want a train or any elaborate detail. I felt a simple dress would be appropriate for a simple wedding.” She ended up choosing a DB Studio design, along with a white sash by Vera Wang.

On Pinterest, she found a lovely cascading bouquet that Amber Tiede, assisted by Rosie Tiede, of Riverwood Gardens recreated. The florists from Riverwood Gardens also did the flowers for the cake, by Sugarhouse Cakes of Kemptville, and the greenery for the bridal couple’s table. Tristyn was thrilled with the florals, commenting on Amber’s amazing talent. She also has high praise for photographer Phillipa Maitland. “Our photographer was not only there to take our pictures, but she was one of our witnesses. She went over and above. She is a pleasure to be around and went as far as assisting with some of the decor while we were getting ready.”

Le Grand Lodge’s wedding coordinator was also very helpful, she says, so even though the venue was three hours from home, the arrangements went smoothly. As a result, the bride and groom’s wish came true. They were able to enjoy a one-of-a-kind day that was all about them. “Our wedding was very intimate. It was very romantic and meaningful,” Tristyn notes. “We didn’t have to share the day with anyone but one another. We didn’t feel rushed with timelines or expectations from others, so it was quite relaxing.” And they were able to fully appreciate the momentous occasion together.

“Spending the day together, alone, was really special.” 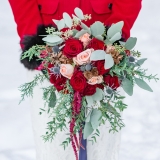 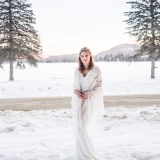 Romantic Possibilities of Ecotay and Perth