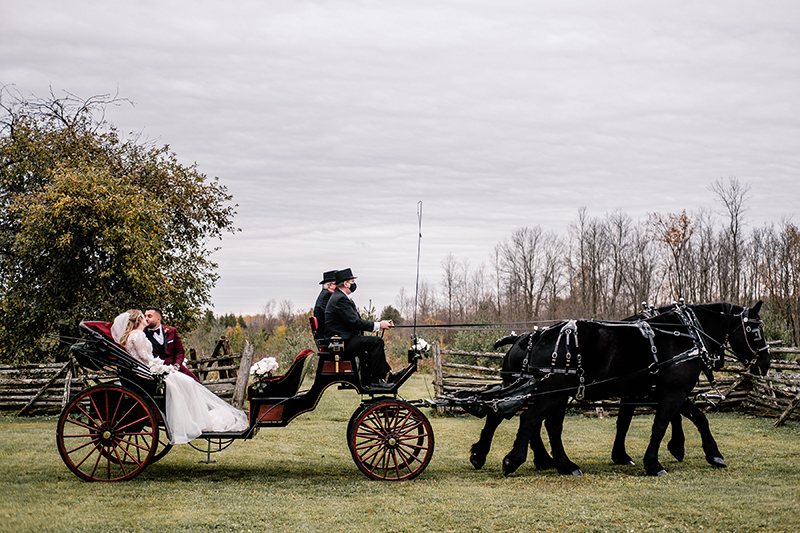 Once you’ve planned every detail to create the perfect wedding, how will you remember the day? After so much time and effort spent on the outfits, menu, décor, music, flowers, reception, and so on, what will you cherish in years to come? We asked Ottawa newlyweds to share the memories that still warm their hearts. 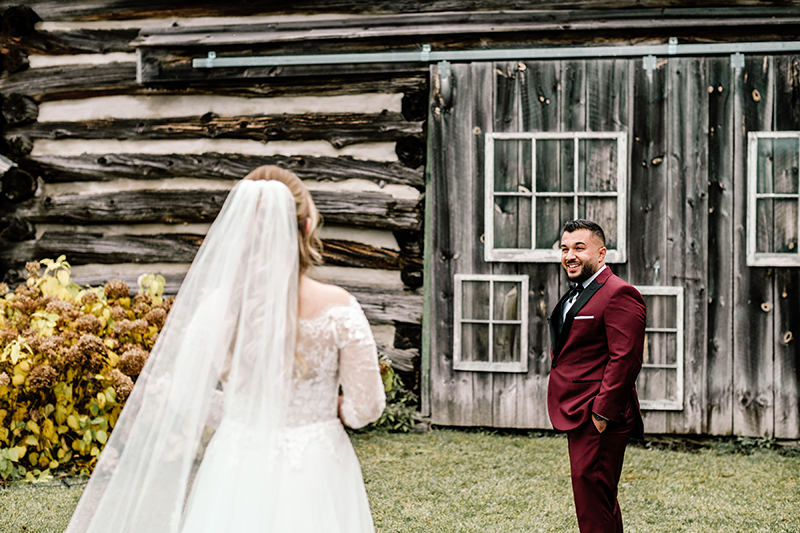 Lisa and Taif: The First Look

After all the ups and downs of arranging a COVID wedding, Lisa says she was  “a nervous wreck” once the day finally arrived. Those tensions began to ease, though, when she set eyes on Taif.  “My husband’s reaction in that ‘first look’ moment was everything to me,” she adds. “We felt like it was just the two of us in that moment, finally being able to celebrate our love.”
Taif also had a surprise in store. “He had arranged for a horse and carriage ride around our beautiful venue, and it was waiting for us just behind the barn. We got on it and rode around, soaking in everything that was going on around us, and spending an intimate moment alone before the reception. … I will never forget the feeling of this moment. It was truly the perfect way to start this new chapter in our lives.” 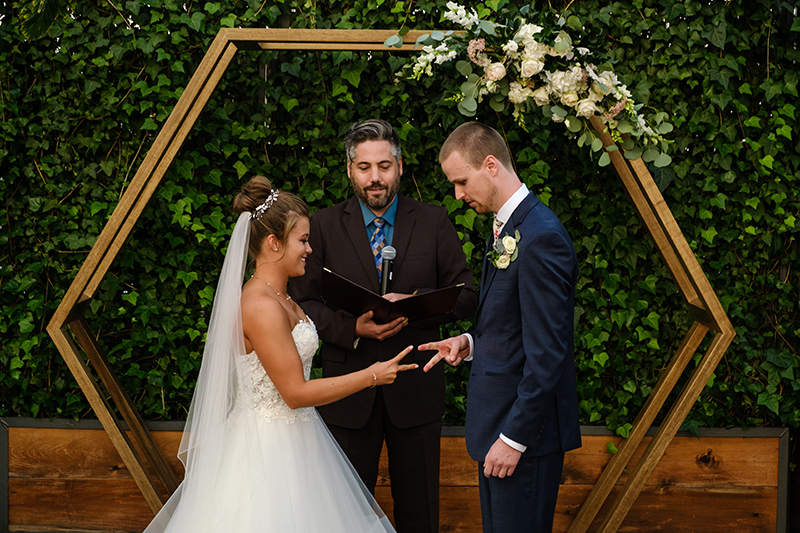 Jessica and Scott: The Game

Jessica and Scott couldn’t decide who would be first to say their vows, so they agreed to a game of Rock, Paper, Scissors at the ceremony. After their officiant finished his remarks, the battle was on. “Jessica won and I had to speak first,” Scott notes, though the brief “ceremonial battle” was a win-win.
“Our wedding was well planned and we were prepared for almost everything; however, the decision to leave some things unplanned and up to chance gave us happiness,” the groom explains. “The one lasting memory I have from battling my partner in Rock, Paper, Scissors at our wedding is that in that moment it was only me and her.” 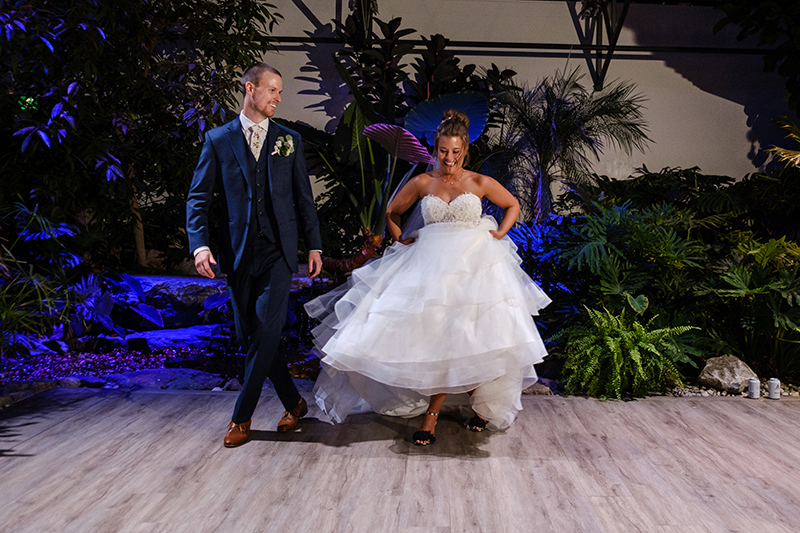 Jessica and Scott : The Dance

For their wedding, Jessica and Scott enlisted the help of a local university dance team captain to choreograph a dance and teach them steps to Life’s a Happy Song, from The Muppets movie. They practiced for weeks to perform and surprise their family. “Our dance started as a traditional waltz, interrupted by a record scratching noise, then a seamless transition into Life’s  a Happy Song by The Muppets, and a contemporary dance. It even included a brief break for a cheers and drink before continuing,” Scott explains. “We love to [watch] the video of our dance and we get a lot of happiness knowing it truly represented who we are. The song choice was very much us, the work put in to prepare was us, and veering slightly from the norm was also on brand for us.” 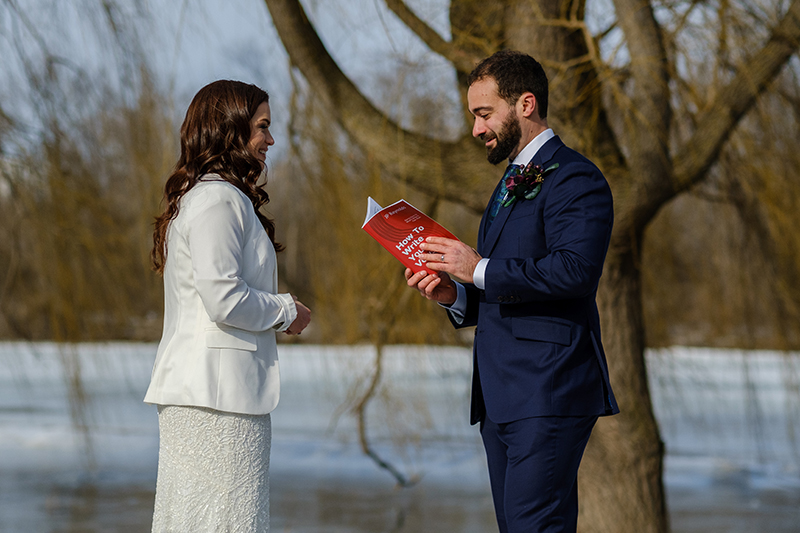 Diana and Todd: The Vows

With COVID restrictions in effect, Diana and Todd decided to have their March wedding ceremony at a park. “Being forced to do things outside and with unpredictable weather, we opted for a short but sweet ceremony with just family.” Diana mentions. “It was all about us and made both of us feel a lot more comfortable.” Her favourite part of the day was when Todd said his vows. “He used a How to Write Your Vows for Dummies book and brought it out during the ceremony. It truly allowed both of us to feel ourselves.” 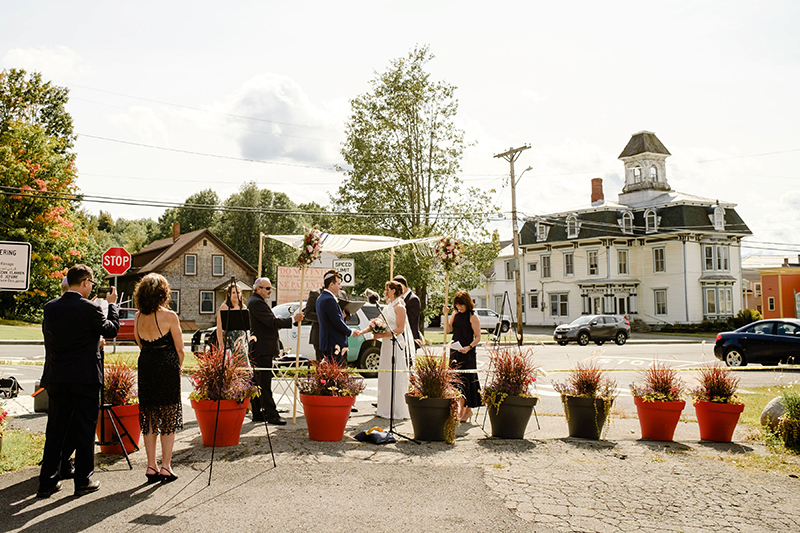 Davina and David: The Gathering

Like a lot of couples, Davina and David changed wedding arrangements due to the pandemic, pivoting from a celebration for about 300 in Ottawa to an intimate ceremony with immediate family. Unlike most, Davina and David tied the knot at the Canada-US border. She’s from Ottawa, he’s from Washington, and they live in New York City. When the border closure upended their plans here, they headed to Stanstead in Quebec. It’s a border town where a row of flowerpots separates Canada and the United States. Those flowers were a perfect touch. With Davina’s family on the Canadian side and the bridal couple, along with David’s family, on the American side, they had their ceremony. “The entire experience was pretty short, but pretty memorable,” Davina mentions. “Overall, we felt on Cloud Nine: married in a very intentional and meaningful ceremony by one of David’s closest college friends, dancing in the streets, and spending quality time with our parents and siblings.” 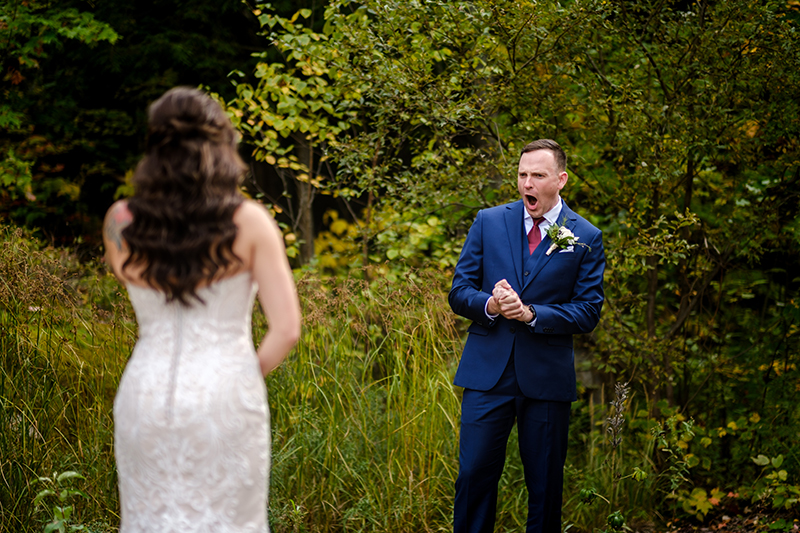 Kelsea and Keane: The Reaction

Wanting everything to go perfectly, Kelsea and Keane say they started their wedding day anxious. Then came their first look. “This is our favourite memory because my husband, Keane, had the funniest reaction when seeing me for the first time in my dress,” Kelsea notes. “It decreased our anxiety for the day. For me walking down the aisle, it was a huge weight lifted off my shoulders. I could just focus on looking at my soon-to-be husband. When I think back to the moment, I still get the same butterflies and excitement like the first time we met. I was so shy to see him and his reaction just made everything so much better.” 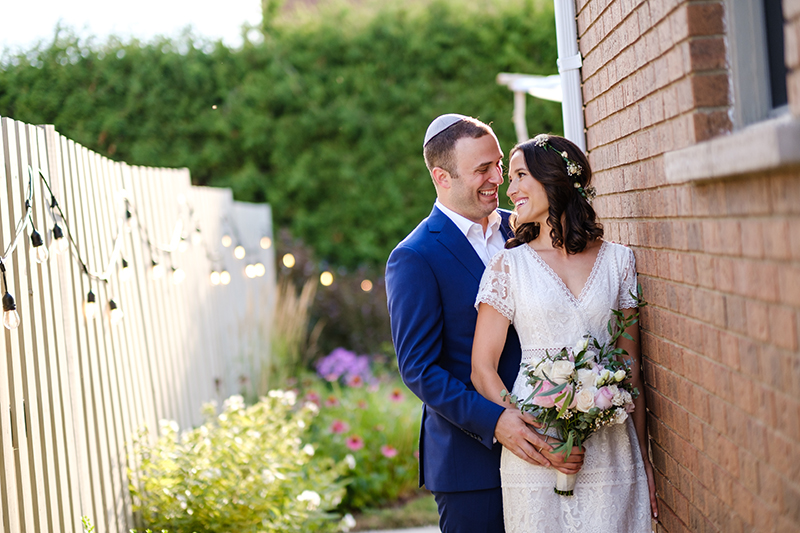 Arielle and Ryan: The Setting

One of Arielle and Ryan’s favourite memories is of the setting for their celebration: in the backyard at the house where she grew up. From their first look at the Arboretum and “a magical bedeken in the living room of my childhood home” to a family friend singing them down the poolside aisle, and the sharing of speeches, the bride mentions numerous highlights. She also recalls “a beautiful first dance by the pool under the twinkly lights with the moon shining bright above. It was really the most perfect day.”